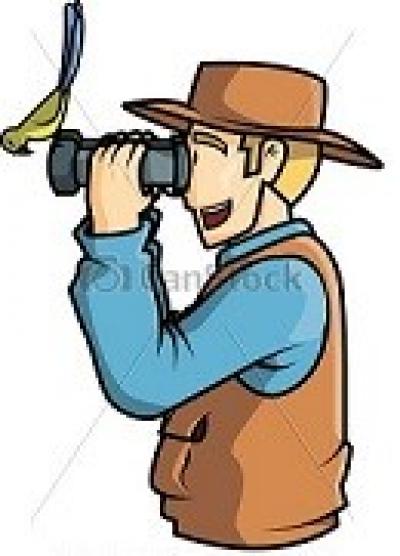 NEWSFLASH
Click Here for all the latest happenings with the club.

If you've ever wondered what the Wakkerstroom Bird Club (WBC) gets up to when they’re not peering through binoculars at the local feathered population, here is a list of projects that WBC is involved in. Many of these rely on generous donations of time and monetary funds; if you would like to help with either – or if you need more information, please let us know on info@wakkerstroombirdclub.org.za.

Some key projects that we have initiated include:

We also play active roles in the following aspects in the Wakkerstroom area:

The Coordinated Avifaunal Roadside Count project began in 1993 in a joint Cape Bird Club/ADU project to monitor two threatened bird species: Blue Crane Anthropoides paradiseus and Denham’s/Stanley’s Bustard Neotis denhami in the study area of Overberg. CAR rapidly spread to other provinces and now 350 fixed routes covering 19,000kms form the study area. Over 750 dedicated people are involved in this study. CAR provides valuable population data for scientific use, especially conservation biology and is one of the largest birder participation projects in Africa. This project monitors over 30 large terrestrial bird species.
Counts are undertaken mid-summer and mid-winter, end of January and end July respectively. The counts are done from vehicles travelling quiet dirt roads. Clusters of routes are called Precincts. A standardised method of counting is used so that comparisons between counts can be made.
In 2000 Wits Bird Club selected and subsequently monitored the routes in the Wakkerstroom Precinct. In 2004 volunteers from the Wakkerstroom Bird Club were introduced to CAR and in the summer of 2005 Wakkerstroom Bird Club joined the study, and continues to monitor the seven routes within the Wakkerstroom Precinct, providing valuable material to the data base.

There is a general perception that participating in the second Southern African Bird Atlas Project is really difficult. Too technical. Too time consuming. We hope to show you with this guide that it is really easy and fun. You will be able to submit your first atlas card using only your internet browser. No other software needed. Only a browser, internet access and maybe a printer.

Participation in this programme means that you can make a valuable contribution to our knowledge of birds and to bird conservation. The data are used for our Important Bird Areas Programme, for Environmental Impact Assessments, and for ornithological research projects.

But submitting data for this project is also fun. You will learn a lot about birds, their behaviour and distribution. You will also become part of a larger atlassing community – a community committed to bird monitoring and to bird conservation.

Visit SABAP for more information and coverage maps. Why not download the BirdLasser app from the Google Play Store and take atlassing to new heights on your mobile device?

Survey of Migrant Birds in and around the Wakkerstroom Pentad (2720_3005)

Some few seasons ago the Wakkerstroom Bird Club instituted a survey of migrant species occurring in and around our pentad. The checklist, like the pentad survey is recorded according to international week numbers as found in most diaries. A copy of the current year week numbers available from chairman@wakkerstroombirdclub.org.za.
There are several main differences in methodology between this and the pentad survey:
1. Sighting records are entered on a daily basis and not weekly to accurately record the arrival date, frequency of sightings and finally, at the end of the season, the departure date i.e. the last sighting.
2. The Pentad Survey shows only sightings within the pentad whereas with the Migrant Survey we have agreed to accept sightings in neighbouring pentads also.
3. There are a couple of species on the list, notably Black-winged Kite, that are not true migrants. There is a feeling in the Committee, yet to be proven, that the kites largely vacate this area while the Amur Falcons are here.

The form is completed by entering the week number, the dates of each day at the top of each of the seven columns and ticking the species seen. Your contact details are also to be entered.

The aim of this project, which started in June 2016, is to turn all pentads green with 4 lists/cards for each pentad. The map of the area can be found on the SABAP 2 home page: sabap2.adu.org.za
The project is sponsored by SAPPI, and most of the SAPPI timber plantations are included in this area stretching from Sabie/Graskop in the north to Piet Retief in the south. The GEM project covers 378 pentads, excluding SAPPI properties.
SAPPI Plantations;
There are 111 pentads covering SAPPI plantations
26 cards are still required, covering 11 SAPPI plantations (15 pentads).
GEM pentads:
170 cards are still required to turn 87 GEM pentads green.
Wakkerstroom Bird Club members are covering the south west corner of the GEM area.

Greening Pentads of Map in Warwick and Michele’s Tarboton’s Publication;
Wakkerstroom Bird and Nature Guide (Warwick & Michele Tarboton, Third edition: June 2004)
6 GEM pentads share a common boundary with pentads 2655-3015, 2700-3015, 2700-3020, 2700-3025, 2700-3030 and 2700-3035. These pentads are on the double page map on the back cover of Warwick and Michele‘s publication.
This project has been initiated by members of the Wakkerstroom Bird Club.
The aim is to green all pentads in the four quarter degree squares, that is 4 or more cards/lists per pentad. The area measures about 55 km from (east to west) and by 50 km (from north to south), and it extends across about 2750 square kms.
The map of the area covering the four quarter degree squares, 2730AA, 2730AB, 2730AC and 2730AD, the “Wakkerstroom district,” can be seen at the Bird Life centre Wakkerstroom offices. This map is updated regularly with data from the ADU SABAP 2 Atlassing project.
When completed, the GEM project and the four quarter degree squares, consisting of 110 pentads, of the “Wakkerstroom District” will be green.

Members of the Wakkerstroom Bird Club have been assisting with the monitoring of Southern Bald Ibis nesting colonies during the last fifteen years. All data collected was sent through to Kate L. Henderson at Bird Life South Africa.
Colonies have shown a decline in breeding adults and a decline in number of nests. Breeding adults decreased by 11%, over the last 30 years. Matched historical and recent counts for period, (2007 – 2011) have shown that of the 35 known colonies, 26 declined in size and 28 declined in numbers of nests. (Eskom Red Data Book of Birds, 2015). This decline has resulted in the species being classified as Vulnerable, (those that can potentially decrease).
A new monitoring programme has been initiated by Birdlife South Africa; The National Southern Bald Ibis Species Action plan. The aim is to identify key threats as well as priority actions for the Vulnerable species.
Wakkerstroom Bird Club members are continuing with the monitoring of known breeding colonies of Southern Bald Ibis in their area. Regular visits are carried out to each colony, only during the breeding season, to collect data: number of birds, birds on nests, number of eggs if possible, number of chicks, or fledglings, and any other possible disturbances at the colony. Three possibly four visits per season are usually sufficient to collect all the data required.
The breeding season commences from September and continues through to December, depending on weather conditions. Late rains could possibly have an effect on the start of the breeding season.

The Wakkerstroom Bird Club made a decision three years ago to expand the club’s reach within the community. The largest factor influencing this decision was the support and capacity that BirdLife South Africa Wakkerstroom Centre was already giving to local schools in the broader area. It was decided to use three existing groups of school children: - Country College in Volksrust, The Clay Edu-Centre and Smiley’s in Esizameleni.

Now, three years later these groups are soaring to new heights in the birding world. The BirdLife South Africa Wakkerstroom environmental staff meets with a total of 150 children once a week to explore various issues relating to birds and their habitats. The years learning culminates in these children participating in Birding Big Day in November each year. The only all children’s group competing in this national event on foot!

Should you wish to support our outreach Junior Bird Clubs, please contact Kristi Garland on kristi.garland@birdlife.org.za. We are always looking for field guides, binoculars etc to share among the children.

Our current subscription is R 180 per year per family and has been kept at that level for a number of years.

How the Competition Works

This photographic competition runs in memory of a great woman of Wakkerstroom who we will always remember fondly. Sandy was not only a birder of note but her photographs celebrating Wakkerstroom are admired to this day. Each year this competition runs for a ten-month period, celebrating everything that is Wakkerstroom – from our natural surroundings to the people that bring such light and joy to our lives and really everything in between. Our committee selects each month, ten photographs which are placed on our Facebook page where the public votes for their favourite. The top two photographs go straight through to the finals together with those voted through during the competition period. All finalists are then judged by a renowned photographer and prize winners are announced at the annual Wakkerstroom Art Ramble. So why not get out there and capture all that Wakkerstroom has to offer – either with your camera or cellphone. For more information or to submit your entry, contact photocomp@wakkerstroombirdclub.org.za.
Open The Image Below for Details of The Latest Competition 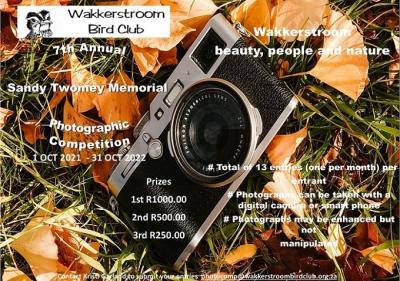 Entries Being Judged at the Moment